A Pioneer Pays Back: Faculty Gift Supports Future Scientists And Honors A Friend 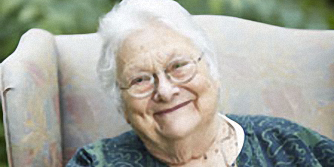 For Susan Leeman, growing up the daughter of Russian immigrants in the 1940s meant that after college, she would marry and start a family. Instead, she saw a different future for herself-which eventually led her to become a professor in the department of pharmacology at Boston University School of Medicine (BUSM).

With the aid of a fellowship, Susan earned her Ph.D. at a time when that path was not always encouraged for women. She went on to become a pioneer in the basic sciences. She and her students isolated for the first time two important neuropeptides in the body, known as substance P and neurotensin, that serve as neurotransmitters and neuromodulators and participate in immune cell function.

As government funds for research started to dwindle, Susan was determined to help those who wanted to follow in her footsteps-and honor a former colleague and friend in the process. That's why she used an IRA charitable rollover gift to establish a basic science research fund at BUSM.

"I would not have gone into research if I hadn't had support myself," says Susan, a strong believer in paying back what you've been given.

The fund is named in honor of Dr. Karen Reed, a BUSM professor who died of breast cancer in 2010. "She was a fun woman to think with," Susan says. The Karen Reed Research Fund will support research on inflammatory-associated cancers.

"When I found out I'd be able to start this fund as a tribute to Karen who meant so much to me, I was just really happy," Susan says.